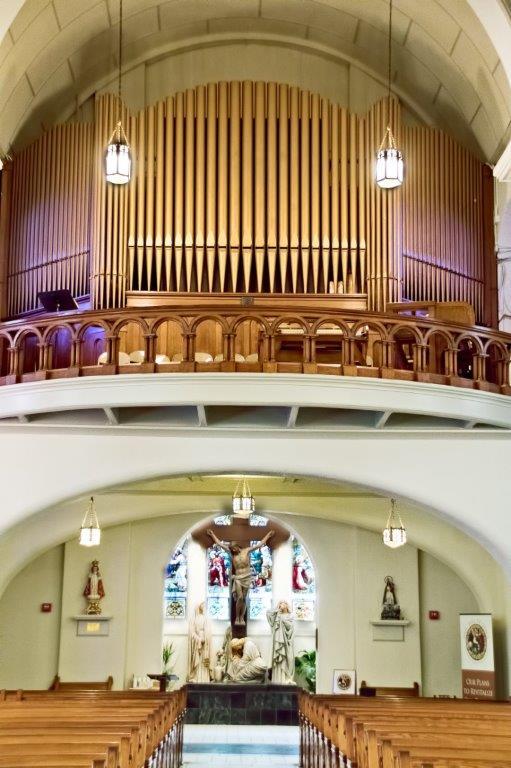 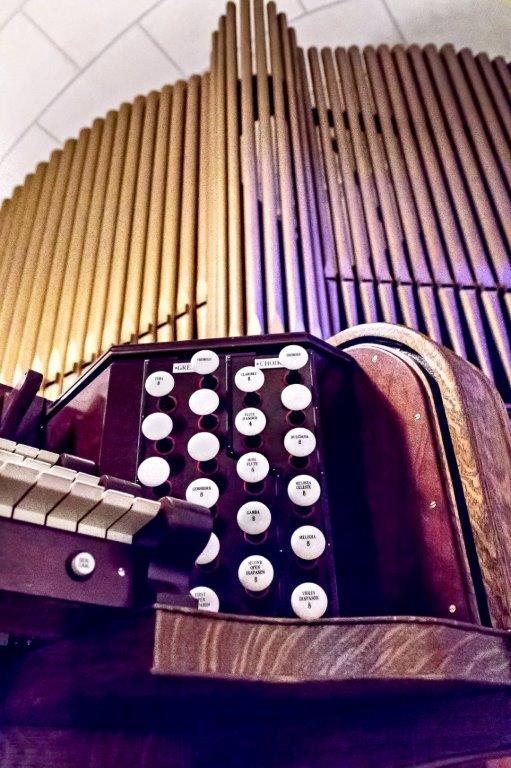 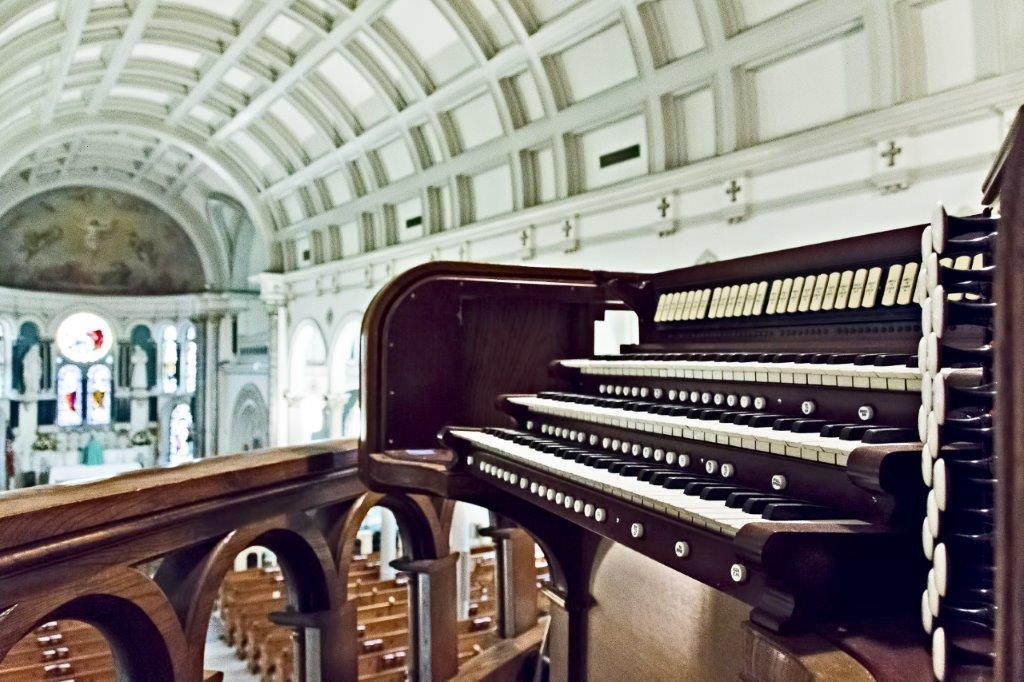 Annunciation proudly maintains one of Houston’s most distinct church organs, the Pilcher Opus 1206.

The organ embodies many traits of organ building that are peculiar to its time. Perhaps the most notable of these is its emphasis on tonal variety rather than the varying pitch levels that organs of other periods often feature. It is especially well-suited to playing orchestral transcriptions and other repertoire that was in popular use in the early twentieth century; moreover, its broad tonal palette makes it a very versatile instrument for improvisation. Unlike most newer organs, its string pipes (i.e., pipes whose sound imitates that of stringed orchestral instruments) are made of pure tin rather than a tin/lead alloy, which lends those pipes a rare “haunting” quality. The pipework, rather than being recessed into chambers in the wall, is in the church itself (directly over the narthex), which imbues the sound with a “presence” that is rare to find now in organs of this one’s size.

Many organs from the early twentieth century underwent extensive alterations during the middle of the century in response to changing tastes. Annunciation’s organ, however, remained unaltered. It sounds today as it did when newly installed, which allows worshipers and concert audiences an opportunity to appreciate this historically significant sound in its undiminished beauty.

The organ is currently under renovation by St. Dunstan-Art Organ Works.

Please help us raise the money to repair our organ!  Click here to donate!